I’m not Mormon, so my adding the Angel Was Here Monument to my “Road Trip Bucket List” seemed like a strange choice to some. I entertained a lot of ‘Whys’ and requests for explanation so here’s how it breaks down: Despite the fact that I don’t have one, I enjoy religion. I really do. It fascinates me. I am entranced by how an entire population can believe with every cell of their being in one thing while their neighbors believe something almost exactly the same, save one minuscule difference and that one minor difference makes a universe of separation. I love the captivating conversation created by discourse among intelligent people who can compare their polarity in a compassionate way. While I am NOT a Mormon person, I have found that people who ARE certainly make the global conversation interesting and always in a solicitous way. And I’m intrigued by the idea of an American Mecca, of sorts. That there might be a sight of religious importance in the United States. Add to this the fact that if a kooky place is open to the public, I’m in (but if I have to break and enter in the dead of night, all the better). 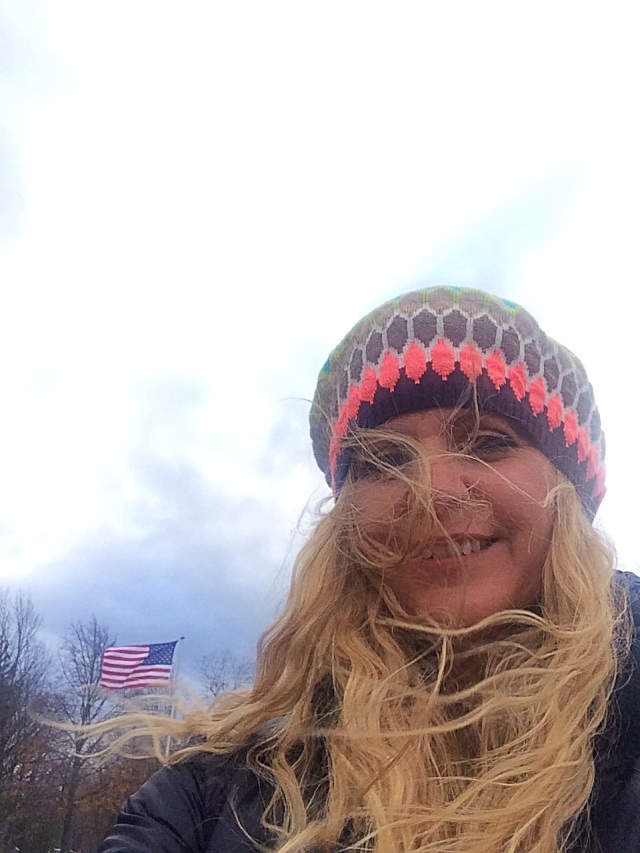 Tucked into the countryside outside of the picturesque little village of Palymyra New York is the Hill Cumorah–the very spot where Joseph Smith claimed to have found the golden plates that he later translated into the Book of Mormon. I have studied this story a lot, more probably than most people who associate themselves with the sect and I could pontificate about the origin of the Book of Mormon for a while, but this is not a story about that. This is a story about a place that began its life as a humble wooded hill outside of an otherwise unremarkable town and became a spiritual Mecca filled with mystery, controversy, wonder, contemplation and contribution to the global conversation. And that, my friends, is something that I can get behind. 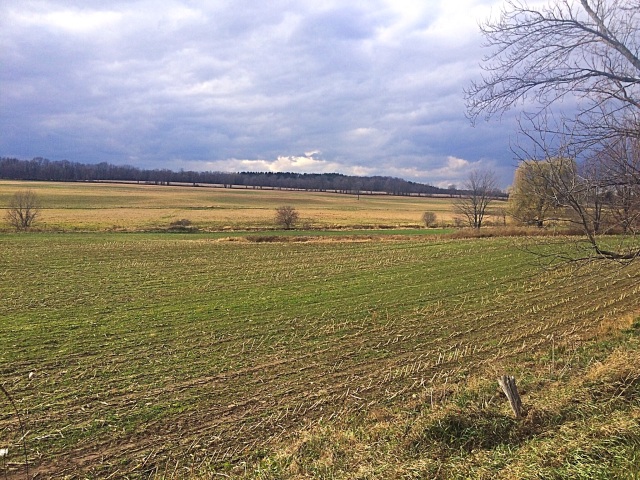 The hill itself is approximately five miles outside of Palmyra in a rural area along State Route 21 where the hillsides are dotted with adorable small scale farms. Lazy cows stare at you and fat brown horses laden with ennui swish their tails as you drive by. It is certainly an unassuming location for a hill that has changed so much of the cultural landscape of the world. I would like to interject, at this point, the fact that Google Maps believes that the road that runs through the center of the city of Palmyra is State Route 21 when, in fact, it is State Route 31. When given the request to be delivered to 603 State Route 21, Google Maps repeatedly directed me to a dilapidated Dollar General. Google was so certain, in fact, that the Angel Was Here monument was located in the Dollar Central that I went as far as to go inside and check. After all, I’ve seen weirder things. Upon discovering that the Angel was not, in fact, available for purchase for less than a dollar, I was kindly re-directed by the owner of an antique shop across the street and was on my (corrected) way. 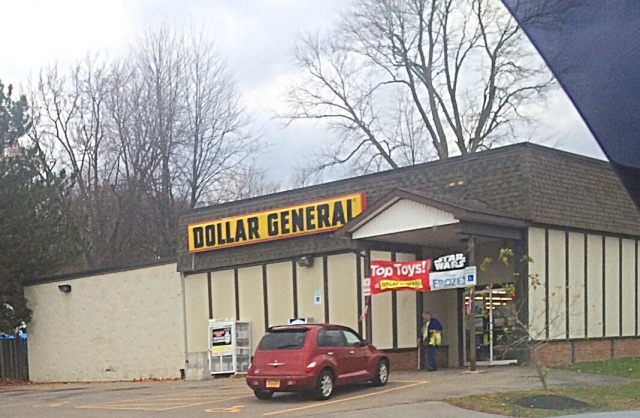 The Church of Jesus Christ of Latter-Day Saints has erected an imposing statue of the Angel Moroni at the crest of the hill. The base and pillar that the statue top are rife with secular significance including four panels depicting the story of the Book of Mormon and the “shaft” (their word, not mine–I prefer ‘pillar’ when referring to a religious monument, but ‘shaft’ is the term chosen by the church and engraved in bronze for posterity) decorations are symbolic of the administrative pattern of the church. There is a sizable area of built in stonework benches and gazing areas as well as a short staircase that leads around and down the hill to a spot with a better vantage for photo opportunities. At the base of the hill, the church has erected a visitor’s center–much better in my opinion than a temple which would prohibit non-practicers from meeting the pleasant guides and asking questions about the monument and the history of the church. 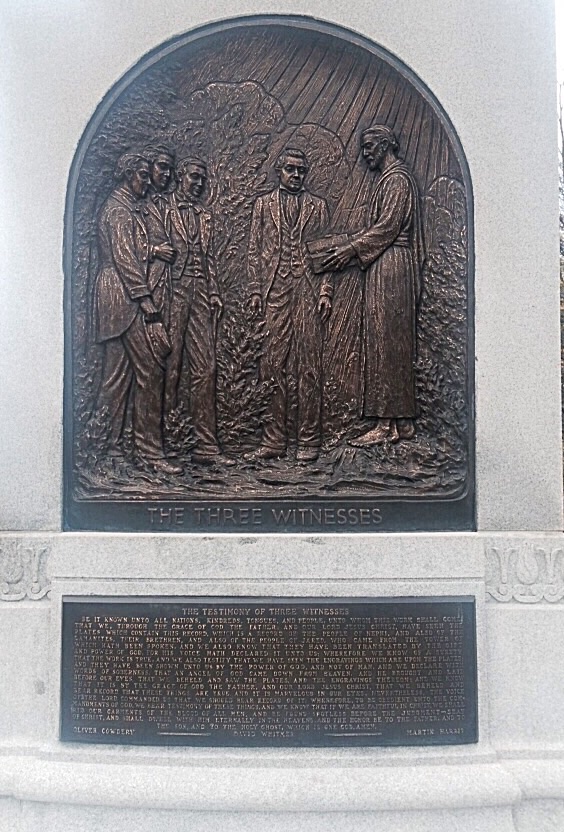 All in all, I found the Cumorah Hill Monument to be clean, beautifully landscaped and maintained, and well attended by courteous staff (day and, I have to admit dead of night when I snuck back for a second time in the dark with much late night cell phone flashlight bufoonery). I don’t know that I would plot a trip CENTERED on this site, but I certainly recommend turning off the freeway if you find yourself passing through upstate New York on I-91. It’s maybe a lovely place to stop and eat your sandwich. 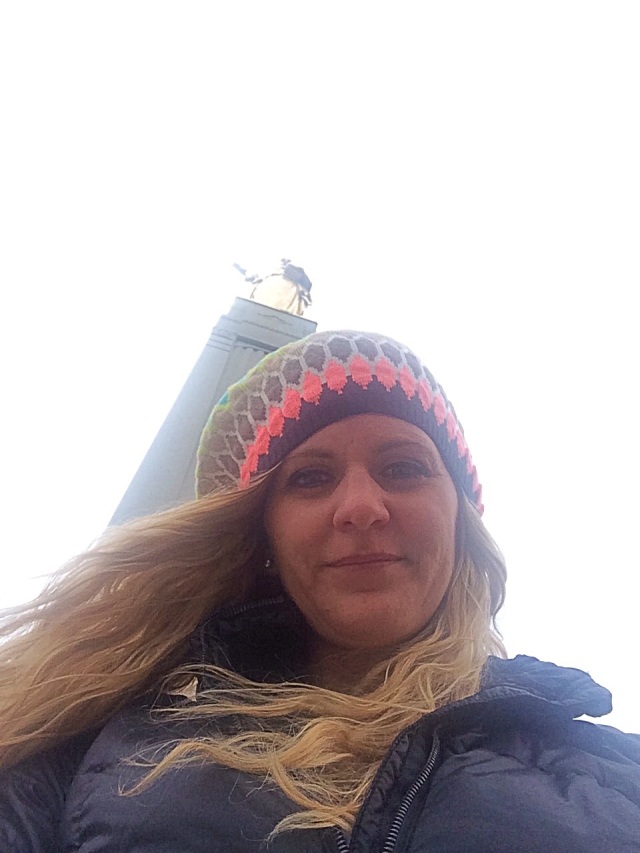 What's to say? I'm a chronic fun seeker and life marrow sucker. I live in an ancient brick house in a darling town with my perfect and tolerant husband, my two amazing teenagers (The Giant and The Ginger) and two blue Danes (Oliver and Periwinkle). A lover of obscure roadside attractions and museums of oddity, I travel, write, laugh, make friends, write letters, sometimes run, eat great food and drink good whiskey. I've never had a bad journey and every single day is my grandest adventure.
View all posts by peik →
This entry was posted in Just Being Me, Travel, Uncategorized, Weird America and tagged Angel Was Here, Cross Country Drive, Moroni, Palmyra, Travel. Bookmark the permalink.

3 Responses to Angel Was Here Monument